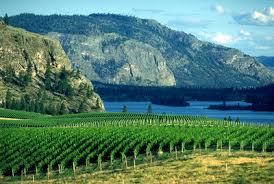 When Liu Chuang landed in Vancouver in 2013, he noticed that most of the Chinese immigrants he met were heavily invested in residential real estate and hungry to diversify.

Flipping houses didn’t appeal to the 39-year-old entrepreneur, who is launching a Vancouver-based tech incubator to help his Chinese-born friends invest in local startups.

“The Chinese I know … they’ve already bought quite a few houses, they really don’t want to buy any more,” said Liu, who was also born in China and co-founded venture capital firm Nextplay Ventures. “Now they want to invest in technology or other industries that can give a good return on investment.”

Liu represents what real estate agents, lawyers and immigration consultants say is a transformative shift in where wealthy Asian individuals and families, primarily from mainland China, place their money in British Columbia, the West Coast province.

Vancouver has been a top destination for Asian immigrants for decades, helping make it Canada’s most expensive housing market and one consistently ranked as North America’s least affordable. Houses and luxury condos in the Vancouver area have been the investment of choice for both well-heeled new arrivals and China-based investors putting money abroad.

But with the Vancouver market looking pricey, many of these investors are seeking other opportunities. They range from hotels and golf courses targeting Chinese tourists to berry farms, mineral water sources, and wineries that export to Asia.

“The days of parking capital in five houses in Vancouver have passed,” said Richard Kurland, a local immigration lawyer.

While provincial agencies and industry associations contacted by Reuters do not collect figures for foreign investment in commercial property, there are threads of data that support the anecdotal evidence

Wondering if you can buy or sell safely at this time? Check out our COVID-19 Protocol to learn more about how we’ve adapted to the “new normal.”